Thousands of gamers, button mashers, and cosplayers braved the brisk and icy winds of San Antonio to attend the fifth annual Penny Arcade Expo, otherwise known as PAX South. This year’s event was by far the largest yet in the near half a dozen times the show has been held, and for very good reason. AAA studios seemed to be around every corner.

However, it wasn’t all about the popular mainstream developers.

In fact, many attendees preferred to spend more time checking out the indie game developers. A few common threads that was noticed among them was a continued popularity in side scrollers and a clear rise in VR games. In fact, the larger studios strongly urged that the indie devs to continue pushing innovation in that medium. AIE, being one of the booths displaying a virtual reality demo station of the game: Mine.

Created by Tantrum Studios, a studio powered by AIE alumni Eric Mouledoux and Zachary King, Mine is a single player experience featuring three levels which challenge the player to defend the mine from invading forces. PAX South attendees loved it, and encouraged people passing by to give it a try themselves.

Mine is a virtual reality arcade shooter that can be experienced with an HTC Vive or Oculus Rift headset.

AIE students, alumni and staff were also invited to a mixer party hosted by our friends at EA Games and Unreal Engine.

With such a successful event in the books here’s to looking forward to what PAX South brings next year! 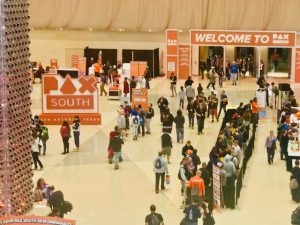 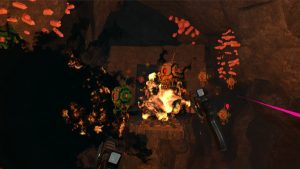 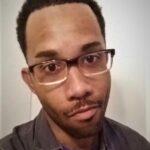 Ross Thibodeaux is part of the admissions team from the Lafayette chapter at the Academy of Interactive Entertainment. During his leisure time, Ross enjoys movie marathons and family barbecues. He is also an established comic book writer, with writing credits for Mighty Morphin Power Rangers and WWE comics.